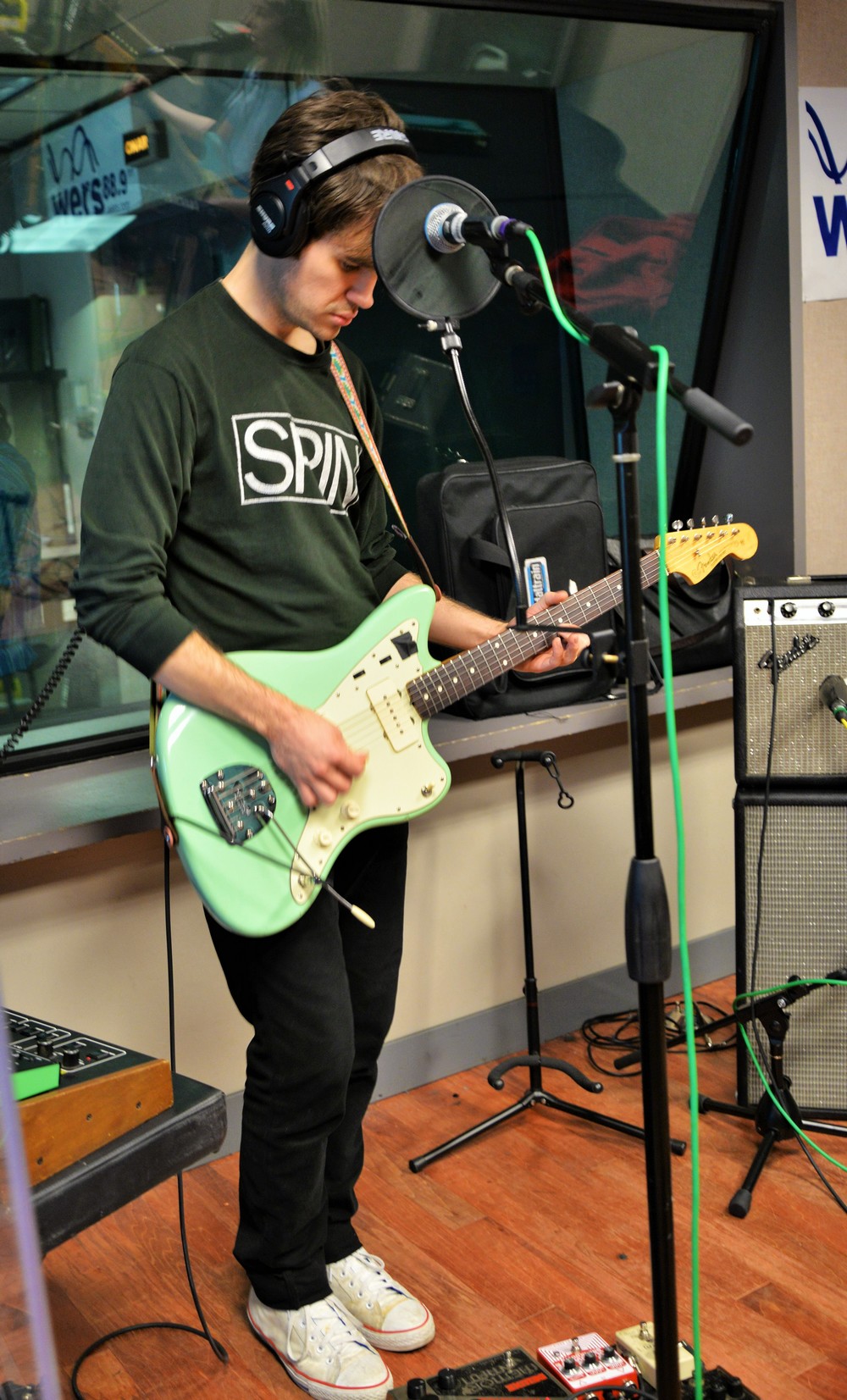 We’re kicking off Live Music Week 2015 at WERS 88.9 with in-studio performances, on air band interviews, and plenty of free giveaways to listeners who call in and pledge!

Indie pop band Alvvays visited the studio and gave a phenomenal performance of songs off of their self-titled album. Hailing from Toronto, Canada, band members Molly Rankin, Kerri MacLellan, Alec O’Hanley, Brian Murphy, and Phil MacIsaac are currently on tour with The Decemberists and have two sold-out shows at the Boston House of Blues on April 3rd and April 4th. The band performed at SXSW in March and have a handful of music festivals and a UK tour awaiting them this summer.

Alvvays’ sound is the musical equivalent of a day spent on the beach on the west coast. Their lyrics add depth to the calm tone of Rankin’s voice and the nostalgic guitar strokes, telling stories of love, loss, and the ups and downs of living.

Tune in to 88.9 to hear the band’s performance of “The Agency Group,” “The Ones Who Love You,” and “Next Of Kin,” and hear them answer your burning questions. Check out wers.org to see how you can get involved in Live Music Week. (Who wouldn’t want a chance to win sweet merch, Boston Calling tickets, and a trip to Iceland?!)